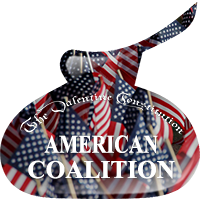 This coalition of voters could dictate the outcome of any election but have never had any inclusive legislation to team up behind. Add the considerable resources of the many nonprofits dedicated to these very issues, and the massive firepower of celebrities, and you’ve got an unbeatable political juggernaut focused on one mission: ratification, acting together to compel candidates to ratify The Valentine Constitution or not be (re)elected. Supporters needn’t even do much more than talk it up or use the app or the site to share their issue-provision with others. People just need to poll “for ratification” to finally get the provision they’ve wanted for years. This bandwagon has room for everyone.

Candidacy, nonprofits and marches have failed us all. If we combine our resources behind ONE common goal, RATIFICATION, all our missions will be fulfilled. Just by getting the word out, polling will force candidates to ratify it or not be (re)elected.