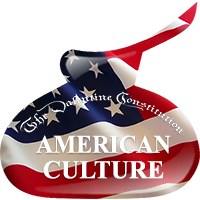 Chanting on loudspeakers at 4 am is not OK, but church bells may ring on Sunday morning. A Muslim may not stop work to pray 4 times per day unless on a break. Rights compete, and in America, Christianity wins, while in Egypt and Istanbul, Islam wins, because it’s their culture. The right to preserve our culture and get work done outweighs the right to equality in these instances, while freedom of religion remains intact. Our schools will teach all religions and spiritual practices, but Christianity will be allotted more time. Students, and Citizens, may practice and pray as they see fit, but no one may be forced to. Thanksgiving, Christmas, Easter and Halloween will be our only religious national holidays. A nativity scene will be allowed more space and prominence than a menorah.

Denying employment to Americans because they don’t speak a foreign language is discrimination. So is refusing to do business with English-only speakers because the business owner or employee refuses to learn English. English fluency is a condition of Citizenship now unenforced. It will be enforced under The Valentine Constitution which prohibits anyone from discriminating against English-only speakers. Immigrants and asylum seekers will no longer be able to refuse to fluently read, write and speak English, or turn away the very people who were kind enough to save them from their horrible fates and share their country with them. “English-only speakers not welcome here” is the implied sign outside or inside any business whose employees cannot or will not speak our mother tongue. We had segregation once and we outlawed it. Neither black nor white Americans take kindly to going culturally backwards just because some ungrateful immigrants and asylum seekers could care less about becoming Americans and are here only for the money and protection from forces they ran from, rather than stood and fought. We’re not into traffic and overcrowding; we’re just nice people. But we’re not suckers. We’re not going to let others replace our culture with theirs!