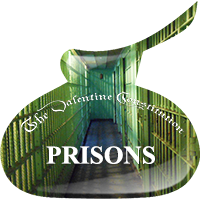 The first 90 days of any prison sentence is boot camp. Boot camp programs for criminals are in use and have been proven to reduce recidivism by a statistic shattering 80%! Criminal boot camp is the first ever program to significantly reduce recidivism. The Valentine Constitution requires convicted criminals to repay the costs of their crimes including the cost of their incarceration. In an effort to reduce or hopefully eliminate how much taxpayers lend to prisoners for their prison stays, The Valentine Constitution further requires prisons to be self-sufficient. Criminals from rival gangs will be made to share cells and to work together to pay the prison’s bills. Inmates will be better behaved and even police themselves to reduce the cost of guards needed to keep them in line. Inmates will be forced to get along with those they don’t like and deal with economic and work realities, just like the big boys and girls on the outside. As a result they’ll be better prepared to succeed on the outside.