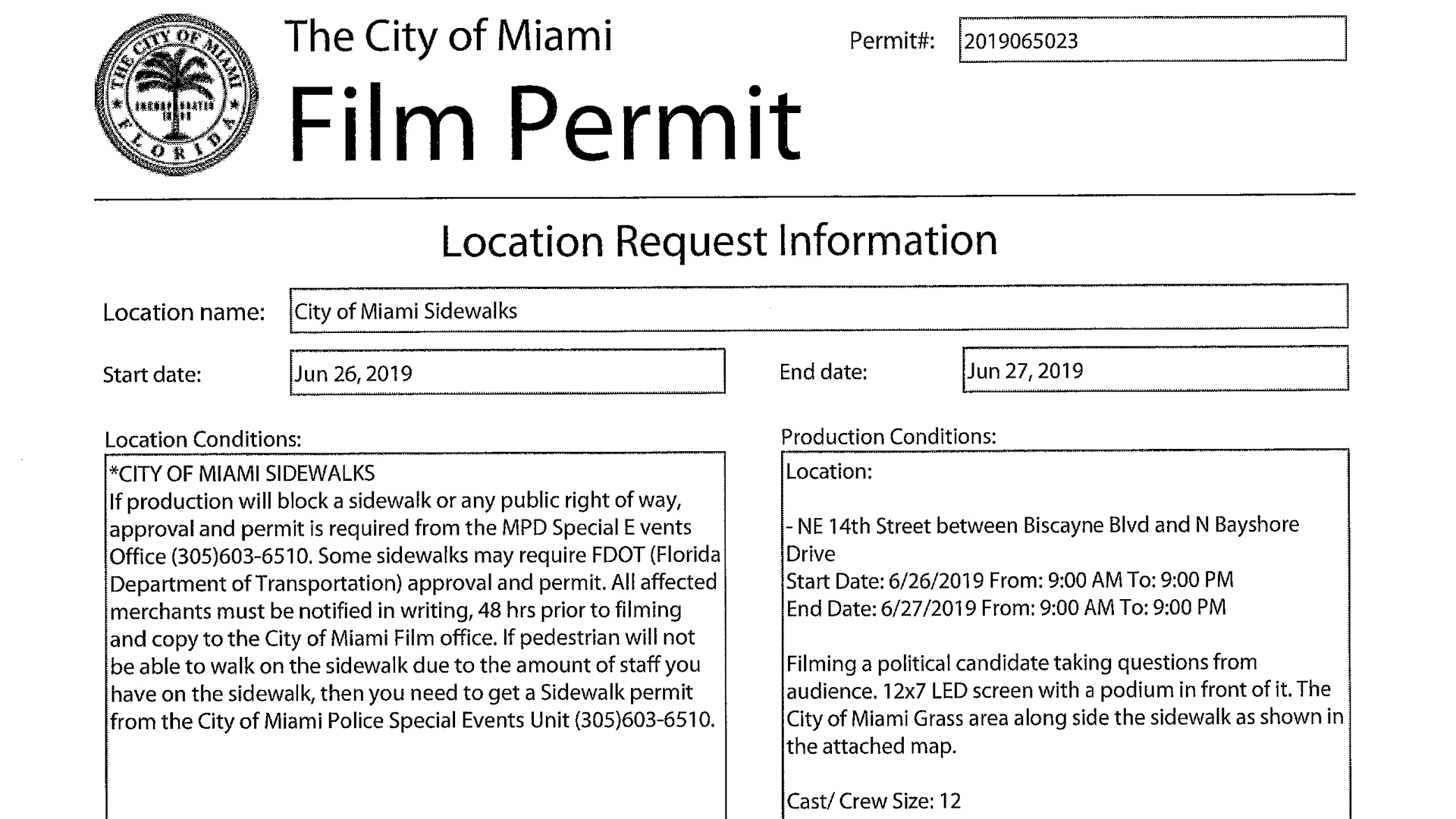 Nonpartisan Presidential candidate Valentine, author of a modernized American constitution, had grand plans to film outside the democratic debates at the Arsht’s Knight Center on Wednesday and Thursday June 26 and 27, 2019 in Miami. The shoot was intended as part of a documentary chronicling his $5 million forty-five year writing odyssey culminating in a new constitution which keeps our rights and foundations intact. The Valentine Constitution book and $1 million website explain his constitution and vision for America.

Using the backdrop of the debates in an obvious bid to attract national attention to his ratification effort, Valentine would have answered questions from the crowd in front of a jumbotron LED screen directly across from the debate entrance. He secured a filming permit in the City-owned portion of the tiny Garden of Eden park, an appropriate size for an unknown and an appropriate name for a nationwide ratification effort.

Valentine arrived at the Garden of Eden site two days before the debates to find that NBC had placed their own stage in the publicly-owned area where Valentine had secured his permit. Valentine politely requested that NBC move their stage. Thirty minutes later the City of Miami revoked his permit and refused to issue a new one anywhere in the vicinity of the Arsht Center for the duration of the Democratic Debates.

Valentine complained, “It cost me two weeks of planning and thousands of dollars and made me look like an idiot to my Miami supporters for cancelling. Since I wasn’t going to be allowed to shoot there I wouldn’t be able to shoot anywhere near any major political events, so I had to cancel my documentary since it was based on that.”

Valentine is the author of the book The Valentine Constitution, and a dozen political music videos taken from 50 Country Pop songs he wrote, produced and recorded on Music Row in Nashville. Valentine authored the books Lyrics by Valentine and Poems by Valentine, and has written over 30 screenplays some of which he’s adapted as “screenbooks” for casual reading like Collapse and Angel’s Playground. He wrote, produced, directed and stars in the feature length motion pictures “Romantic Schemer” and “411“, both shot on film in Miami Beach. Valentine is an American political philanthropist, philosopher, poet, author, lyricist, singer, songwriter, music producer, actor, screenwriter, movie producer and director.