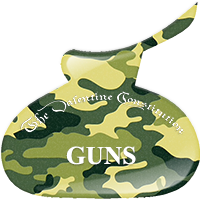 Fully automatic rifles and “Bump Stocks” will be prohibited. New safety, handling and accuracy classes, and both written and live shooting tests will ensure all gun purchasers can safely handle their guns, and hit what they aim at. “Carry permits” will require doing so under pressure. People who fold or get reckless or forget their training under pressure will not be allowed to carry guns in public.

Anti-gun folks should take this deal because they can’t get any better which is why candidates, nonprofits and protests have all failed to pass restrictions. Most Americans support this check on government and criminal power, and won’t give up their guns without a civil war.