VALENTINE is an American political philosopher who has devoted his life to finding effective solutions to America’s social, political, and governmental problems, culminating in a new Constitution.

VALENTINE was raised near the Shenandoah River and the Blue Ridge Mountains on a northern Virginia farm like Jefferson, Madison and Mason. An A-student, he skipped 10th grade then attended The University of Virginia where he began research to recodify the laws of the United States. After graduating in 3 years, he simultaneously ran precinct operations for both the John Warner for US Senate and the Frank Wolf for US Congress campaigns.

In the early 1980s he traveled the world researching governments using his NY Elite modeling credentials to pay for the trip. He furthered his graduate studies at UCLA, UNLV and UM. Valentine spent 50,000 hours over 50 years finding effective solutions to America’s social, political and governmental problems, culminating in The Valentine Constitution.

He is the author of the The Valentine Constitution book, an exposition of his constitution and vision for America. A nonpartisan candidate for President in 2024, Valentine hopes to implement his newly ratified constitution, a task that falls primarily to the executive branch. Valentine is an American philanthropist, philosopher, poet, author, lyricist, singer, songwriter, music producer, actor, screenwriter, movie producer and director. 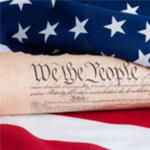 VALENTINE wrote and recorded a 50 song Showtunes library in Las Vegas along with two musical screenplays that include the songs. He also created three SongBooks, narrations of the synopses interspersed with recorded samples of the songs. He wrote, produced and recorded a 50 song Country Pop library on Music Row in Nashville. A dozen of the songs are political with punchy political music videos to elucidate his points. He authored the books Lyrics by Valentine and Poems by Valentine, and has written over 30 screenplays, some of which he’s adapted as ScreenBooks for casual reading: Collapse, Angel’s Playground, Played.

VALENTINE wrote, produced, directed and stars in the feature length motion pictures “Romantic Schemer” and “4/11” both shot on film in Miami.